The Galaxy S III's barely old enough to warrant an After The Buzz episode, but we're already talking about the Galaxy S IV. In any other venue, that would be a sign of jumping the shark; on the Pocketnow Weekly, it's just business as usual. Tune in for our best speculation on what Samsung might include in its next sensational superphone, from unbreakable screens to bone conduction. Then keep on listening for an extended debate about the merits of Windows Phone 8 and Windows 8 versus iOS, drilling down into their UIs and design philosophy. Finally, after some extended talk about how useful the Surface RT is or isn't several weeks after its release, we debate the merits of Samsung's new experiment, the Galaxy Camera. Trust us when we say you don't want to miss this one.

Also, the third of five trivia questions for the Samsung Galaxy Note II giveaway is embedded within this episode of the Weekly, and you don't want to miss that! Just listen for the "bong-bonggg!"

All that, plus listener mail and Jaime Rivera's unique perspective, after the break. Plug in, kick back, and treat those beautiful ears of yours to episode 022 of the Pocketnow Weekly. Send feedback, questions, and requests to podcast [AT] pocketnow [DOT] com. Follow us on Twitter, Facebook, and Google Plus to stay apprised of the latest episodes. And thanks for listening!

Windows Phone vs iOS: The Debate

The future of Windows 8 and Windows Phone

Thoughts on Surface RT: does it have a reason to exist?

iPhone 5 - After The Buzz

Butterfly Launch is One Agonizing Tease

The longevity of the Modern UI

The relevance of the physical keyboard

Tune in next week for more! 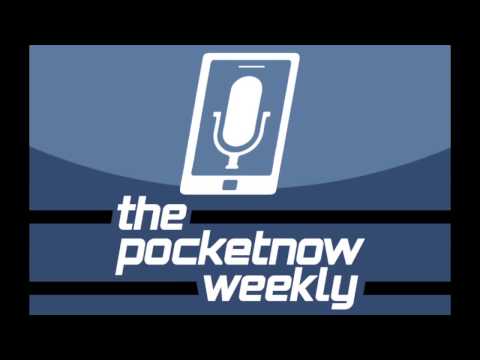 The Galaxy S III's barely old enough to warrant an After The Buzz episode, but we're already talking about the Galaxy S IV. In any other venue, that w...